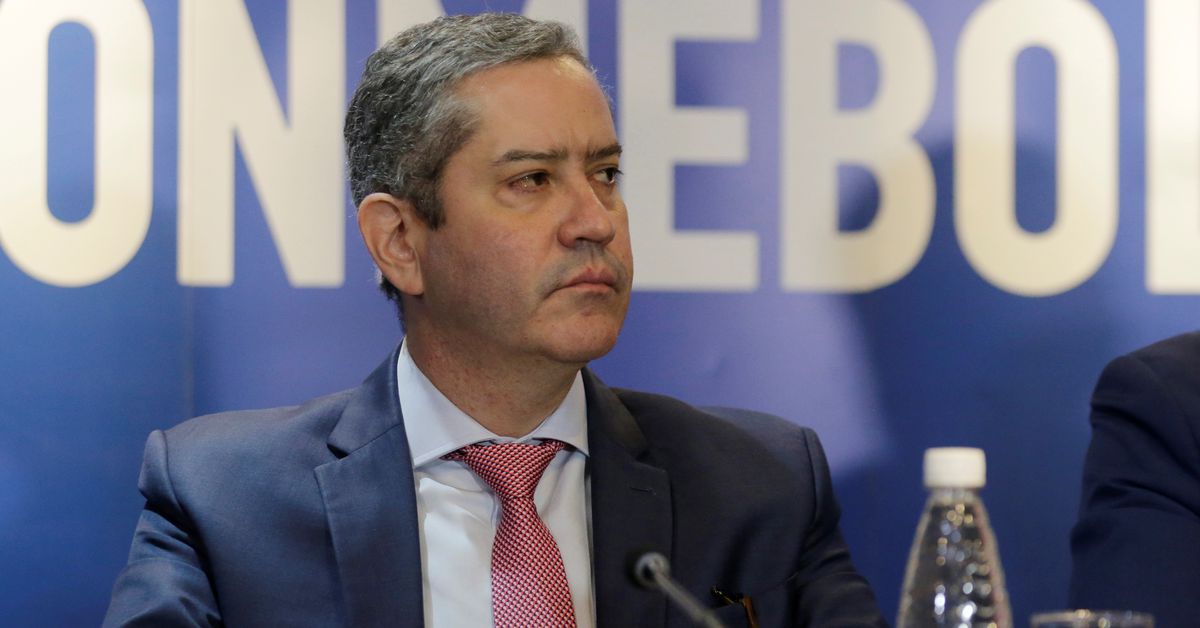 The president of the Brazilian Football Confederation (CBF) has been removed from office for 30 days by the organisation's ethics commission, it said on Sunday, only a week before Brazil is due to host the Copa America.

"The decision is secret and the process will proceed before the aforementioned commission with the aim of investigating the complaint that was presented," the CBF said in a brief statement.

"According to the entity's statutes, by seniority, vice-president Antonio Carlos Nunes de Lima will take over in the interim."

The decision to remove Caboclo comes just seven days before the Copa America is due to kick off in Brazil and amid turmoil on and off the field ahead of a tournament scheduled to run from June 13 to July 10.

Brazil was unexpectedly chosen to host the tournament featuring 10 South American teams last week after Colombia was removed due to civil unrest and co-host Argentina pulled out after a surge in COVID-19 cases.

But the decision appeared to anger the Brazil players and coach and they promised to make a public statement on Tuesday on whether or not they will play in the tournament.

The furore has rocked the soccer-mad nation and came amid reports that Caboclo was under investigation after having been accused of sexual harassment by a female employee.

Globoesporte, the sports web site that broke the news, said the 48-year-old had made sexual comments and was abusive to an unnamed female employee. The newspaper interviewed the employee, and reported her allegations.

The controversy is the latest in a long string of scandals to hit the powerful organisation that runs football in the only nation to win the World Cup five times.

Caboclo’s three predecessors were all found guilty of bribery by FIFA’s ethics committee and banned for life from all football-related activities.

Caboclo last week faced his most difficult period since taking office in 2019 after coach Tite and his players confronted him over his decision to host the Copa, which was taken in conjunction with Brazil’s far-right president Jair Bolsonaro.

Tite said he and his players gave Caboclo “their very clear opinion” about the decision to host the tournament for the second time in two years, without elaborating on their objections.

The players said they will make a statement after playing in Tuesday’s World Cup qualifier against Paraguay.

Brazil beat Ecuador 2-0 on Friday in the first of two World Cup qualifiers and they face Paraguay on Tuesday in Asuncion.

The defending Copa America champions are due to open the 2021 tournament against Venezuela in Brasilia on June 13.