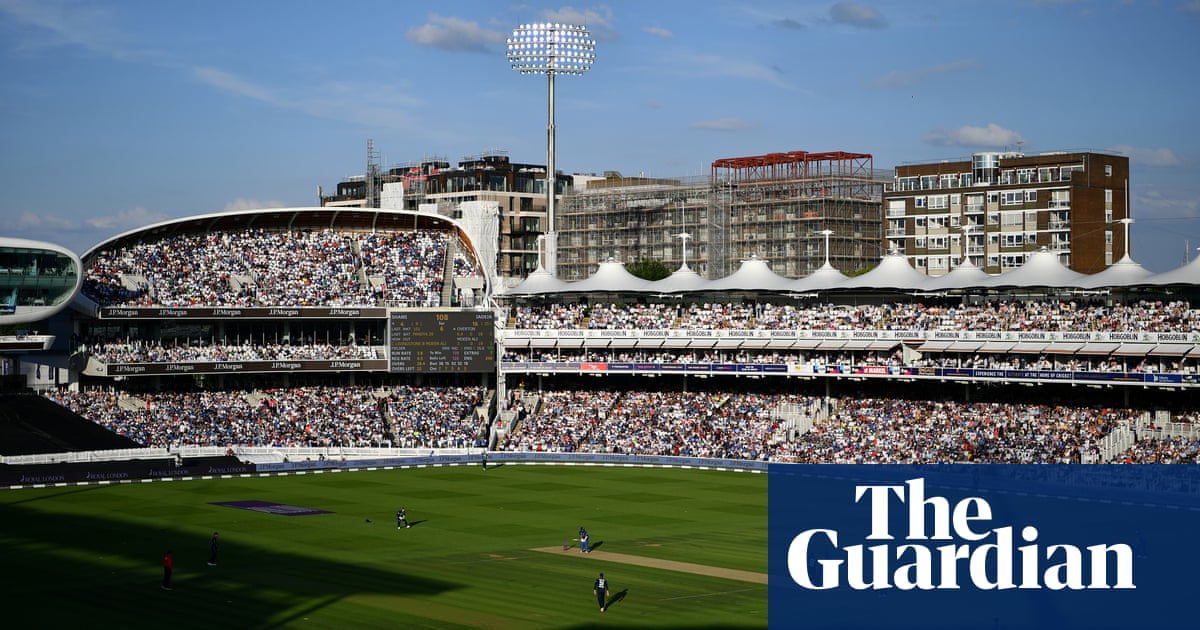 The Sunday League knockabout was sponsored by John Player between 1969 and 1986, ciggies given out willy-nilly in dressing rooms from Headingley to Hove, 1980s all-rounders battled it out for the Silk Cut Challenge, while the 1992 and 1996 Cricket World Cups were sponsored by B&H and Wills cigarettes. So it went on, in as many sports as you could mention, until a ban on tobacco sponsorship and sport kicked in UK-wide in 2002.

Meanwhile, in 1958, Dr Charles David Keeling, a young geochemist, found evidence that CO levels in the Earth’s atmosphere were rising and attributed it to the burning of fossil fuels. By 1967 scientists had produced the first computer model of Earth’s changing climate, which predicted that a doubling of CO in the atmosphere would raise global temperatures by two degrees centigrade, and in 1968 a glaciologist was predicting the melting of the polar ice caps.

Yet in 2022, with the Intergovernmental Panel on Climate Change warning the world has to act “now or never” to hold off disaster and keep the rise in temperatures close to 1.5C, the UN secretary general António Guterres warning that fossil fuels companies and their financers “have humanity by the throat”, and the world on the edge of a sixth mass extinction event, fossil fuel companies are embracing sport like never before, hoping for the same glossy sportswashing effect tobacco companies so enjoyed in the 20th century. The 2021 Sweat Not Oil report found 258 sports sponsorship deals with companies promoting high-carbon products services and lifestyles.

Cricket is no exception. Emirates Airlines sponsors Old Trafford; the Reliance Group, owner of the world’s largest petrol refining hub, owns the Mumbai Indians, successfully bid for one of the new South African T20 franchise teams and also popped up at the Riverside at the end of July to play a select Durham XI. But perhaps it is Lord’s, the highest-profile ground of all, that has the most throbbing sponsorship headache.

The principal partner at Lord’s, and sponsor of the media centre, is JP Morgan Chase. According to a recent report by climate thinktank InfluenceMap assessing the world’s 30 largest financial institutions, JP Morgan was the biggest enabler of fossil fuel financing with $81bn in 2020-21. They are also, according to a separate study, the biggest investor in new fossil fuel exploration: something the International Energy Agency warned in 2021 had to stop immediately if the world’s temperature increase was to stay within safe limits.

The partnership between JP Morgan and Lord’s, which began in 2011, is the largest sponsorship deal in the ground’s history. However, it is in direct conflict with the MCC’s own stance. The MCC chief executive, Guy Lavender, has talked about the club’s responsibility to “nurture the game for the next generation” as well as cricket being “at an existential risk from climate change”. The MCC’s environmental, social and governance report – Building a Sustainable Future – promises, among other laudable goals, to “work with commercial partners who have aligned sustainability goals and ambitions”.

Lord’s is not alone in being the beneficiary of JP Morgan Chase. The group’s consumer and commercial banking arm, Chase Bank, is conspicuous at the Birmingham Commonwealth Games. It was the “presenting partner” for women’s cricket, as well as cycling, the Games’ official banking partner and the official partner for Team England, Team Scotland and Team Wales. It also sponsors the British Library, the National Portrait Gallery, the National Literacy Trust and, perhaps most famously of all, hitched its britches to football’s failed European Super League in the spring of 2021, a proposal that lasted all of 48 hours before collapsing in such ignominy that the company was forced into an apology.

Environmental protesters have increasingly targeted sports events, sometimes particular sponsorships, sometimes to try to engage the mass audience watching on television. This year we’ve seen Just Stop Oil at the British Grand Prix, Bundesliga and in the Premier League, and Dernière Rénovation at the French Open, where a protester tied herself to a net, and at the Tour de France where organisers were forced to spray 10,000 litres of water on to the road to stop it melting in the European heatwave.

Though no one has yet superglued themselves to the Grace Gates, the MCC are finding themselves under pressure from within. An MCC member has been handing out leaflets about JP Morgan’s sponsorship to those lining up in their egg and bacon boaters and reports useful and interesting conversations in the members queue and in the pavilion. Separately, Bruce Carnegie-Brown, the chairman of Lloyds of London and the MCC, has been approached by the environmental campaign group Mothers Rise Up in an attempt to put pressure on Lloyd’s over underwriting fossil fuel projects.

There could soon be soft pressure from another influential quarter, as Stephen Fry takes over the MCC presidency for a year in October. Fry, who joined forces with Richard Curtis to encourage people to invest in green pension funds, released a video in June calling on the public to support Extinction Rebellion. “Disruption can be an awful thing. It can ruin the way the world is,” he said. “But there’s another form of disruption, which is to stop the world going down the wrong path, to disrupt a destructive journey.”