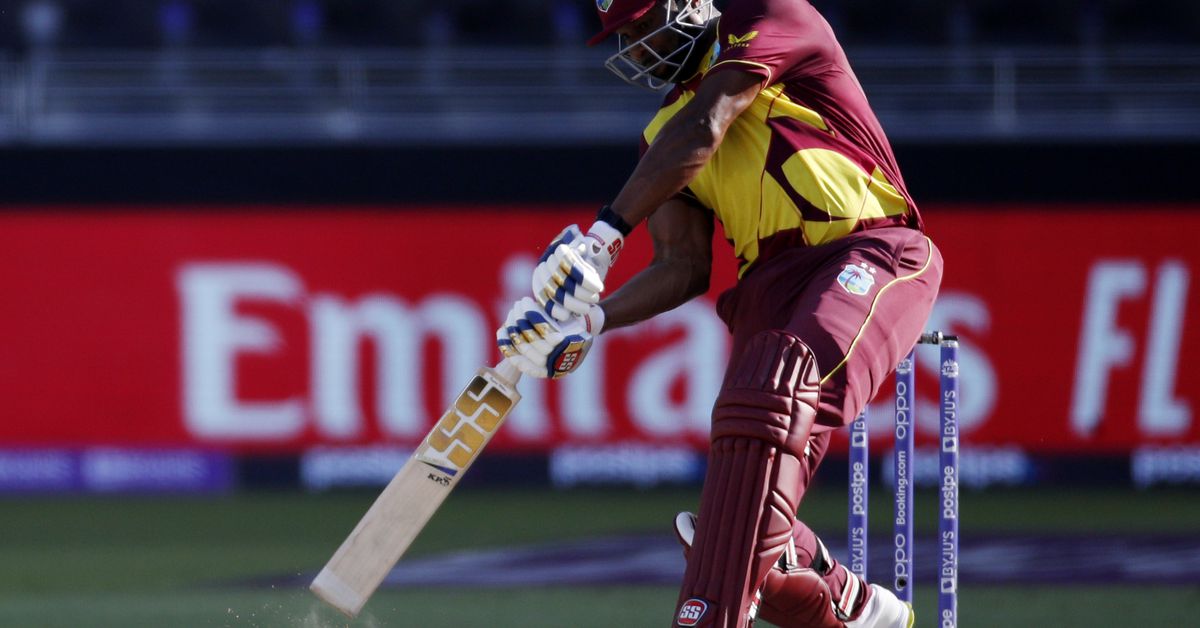 April 20 (Reuters) - West Indies white-ball captain Kieron Pollard announced his retirement from international cricket on Wednesday, calling time on a career which saw him feature more than 200 times across one-day and Twenty20 internationals.

The Trinidadian all-rounder was part of the team that won the T20 World Cup in 2012. He led West Indies 61 times in the two formats, of which they won 25.

"After careful deliberation, I've today decided to retire from international cricket," Pollard said in a video on Instagram.

"It was a dream of mine to represent the West Indies team from the time I was a boy of 10 years and I'm proud to have represented West Indies cricket for over 15 years in both the T20 and ODI forms of the game," Pollard said in a video on Instagram.

"I can still vividly remember making my international debut in 2007 under the leadership of my childhood hero, Brian Lara. Wearing those maroon colours and playing alongside such greats has been a privilege that I never took lightly."

Pollard is currently playing for Mumbai Indians in the Indian Premier League and will feature for London Spirit in The Hundred later this year after being the first men's pick of the 2022 draft.

Reporting by Hritika Sharma in Bengaluru Editing by Toby Davis