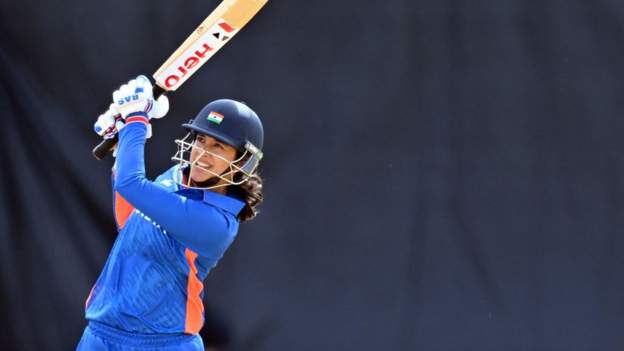 Last updated on .From the section Commonwealth Games

India cruised to an eight-wicket win over fierce rivals Pakistan in their Commonwealth Games cricket match.

Pakistan, who were no match for India's bowling attack, were dismissed with the final ball of their innings, which had been reduced to 18 overs because of rain at Edgbaston.

Sunday's win sees India go top of Pool A after bouncing back from an opening defeat by Australia.

They can reach the semi-finals with a victory over Barbados in their final group stage match on Wednesday, providing the Caribbean nation lose to world champions Australia on Sunday (18:00 BST start).

Pakistan have lost both of their Pool A fixtures and need a big win over Australia and an improbable string of results to go their way to qualify for the last four.