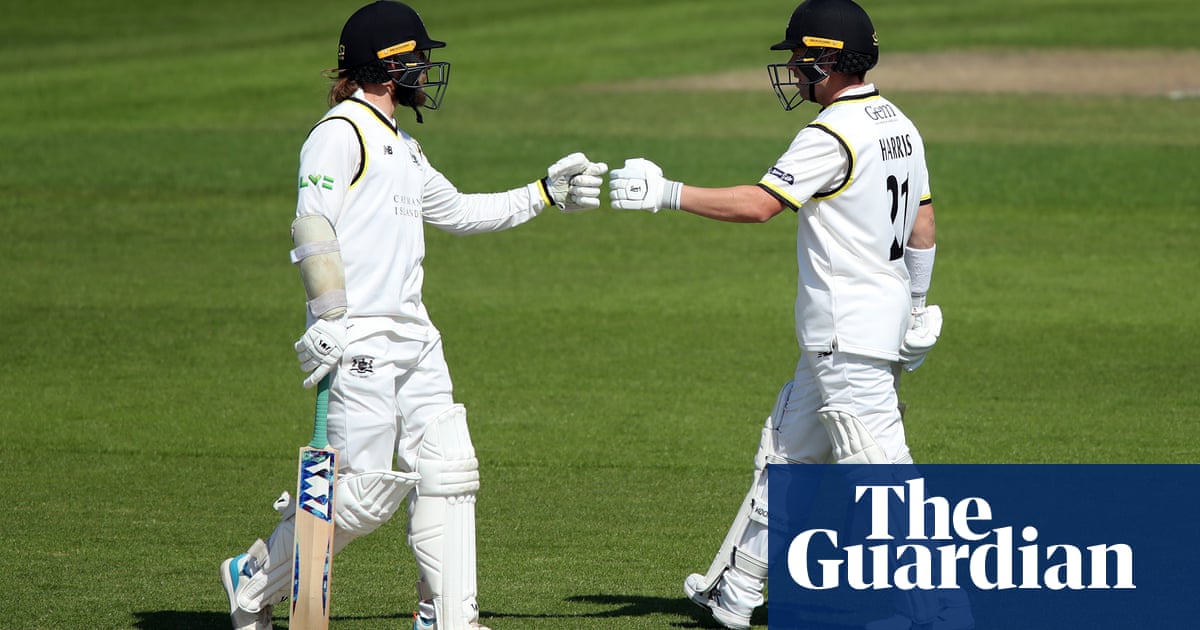 Surrey stay top of Division One after the gods of the earth and the sky conspired to make a draw inevitable at Bristol. It didn’t look like that when Gloucestershire’s decision to bowl paid dividends, the in-form Ryan Patel and Test batters, Rory Burns and Hashim Amla, back in the hutch on the first morning. But the next nine wickets were to realise over 1,000 runs and, with the last day washed out, no result was possible.

Two batters scored double centuries but presented very contrasting cases for Test recognition. Jamie Smith is 21, hits the ball very hard with the wicketkeeper-batsman’s freedom (though, interestingly, Ollie Pope deputised for Ben Foakes in this match), and will score plenty of runs in the next 10 years – the question is for whom? Chris Dent is 10 years his senior, an opening batsman who crossed 10,000 first class runs in this match and appears to have been around forever.

Whether England’s new brooms will sweep either into the conversation (or other representatives of the ends of the spectrum they represent) may tell us much about what we probably shouldn’t call a reset.

This was a rare example this season of a pitch that nibbled consistently for the bowlers and demanded batters play themselves in carefully (and get a bit of luck), the difficulty factor reducing over time. Nobody did that better than Nick Gubbins, who made twin centuries, the key factor in Hampshire engineering a very decent chance to press for a victory that the weather took away.

Lancashire needed late order runs from Phil Salt and Tom Bailey, both dropped early on, whose eighth wicket partnership of 94 brought the visitors close to parity on first innings. Whether Lancashire’s batting is good enough to create sufficient chances to win when Dane Vilas has Jimmy Anderson and Hasan Ali at his disposal, may define Lancashire’s run for the pennant; Hampshire’s may turn on Mason Crane’s return from a loan spell at Sussex, confidence coming with overs bowled.

Inevitably, Ben Compton batted over four hours for his 93 with wicketkeeper Ollie Robinson and Aussie all-rounder Grant Stewart’s stand of 166 for the seventh wicket frustrating the home side, who knew the last session of the day would likely be curtailed.

When Essex started day four 48 runs in arrears to Northamptonshire with seven wickets in hand, two all-rounders at the crease and only the inexperienced Feroze Khushi as a specialist batter to come, the odds were on a second defeat of the season for the home side.

But Paul Walter, who had made two in nearly an hour in the first dig as part of a sorry effort that had seen Essex 83-8, made 91 more runs second time round and there were handy contributions from Matt Critchley and Adam Wheater. Rob Keogh and Saif Zaib took five of the Essex wickets to fall, but the visitors (as is the case for many teams in April) felt the absence of a specialist spin option keenly.

Matt Renshaw, surely too classy a batsman to struggle for long, notched a ton at Taunton and the two Jacks, Leach and Brooks, turned up trumps with the kind of last-wicket stand that can deflate a side such that early wickets come in the next hour – and they did.

Sam Hain’s 54 was the top score mustered by a visiting batter and Tom Abell will have been especially pleased to note that each of his five frontline bowlers took at least three of the wickets required, wisely leaving one for the skipper.

After a nightmare start and with fewer international calls likely to disrupt their squad than many of their rivals, interest in the red-ball summer could yet be saved for some of the Championship’s most passionate fans, though a title challenge seems a little beyond reach.

In Division Two, it looked like Ed Barnard’s career-best 163* had stopped the Nottinghamshire juggernaut in its tracks, but Dane Paterson’s 10 wickets and five each for Stuart Broad and Luke Fletcher (they are not quite Hadlee and Rice, but they are as fine a seam attack as any in the country) meant that the home side required an awkward 233 for the win.

Worcestershire’s hopes were raised when they sent back both openers with double figures still on the board, but Ben Duckett at No 3 is in sparkling form, adding another half century to make it five in a row and, after a little scare, losing their fifth wicket with 51 still to get, the division’s favourites for promotion cruised home.