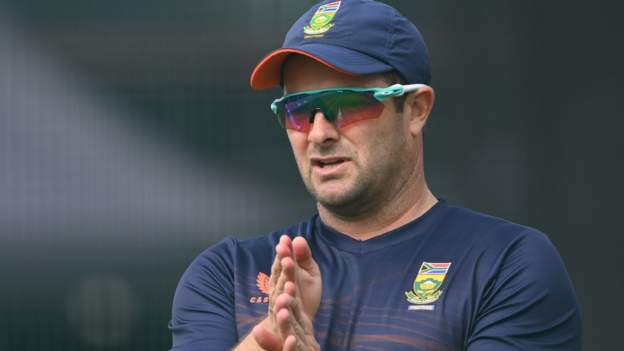 South Africa men's head coach Mark Boucher will step down from the role after this winter's T20 World Cup.

Boucher took over in 2019 and has led the Proteas to second in the World Test Championship table.

The T20 World Cup runs from 16 October until 13 November in Australia.

"Mark is a Proteas legend and has done so much for the game in our country, both on the field and over the last three years off it, which we highly appreciate," said CSA director of cricket Enoch Nkwe.

"He has built a sound platform for South Africa to flourish in all three formats and I'm sure we will see the results of that at the T20 World Cup.

"He has a settled squad, one that is growing in confidence and we look forward to watching them in their important series in India before they head to Australia."