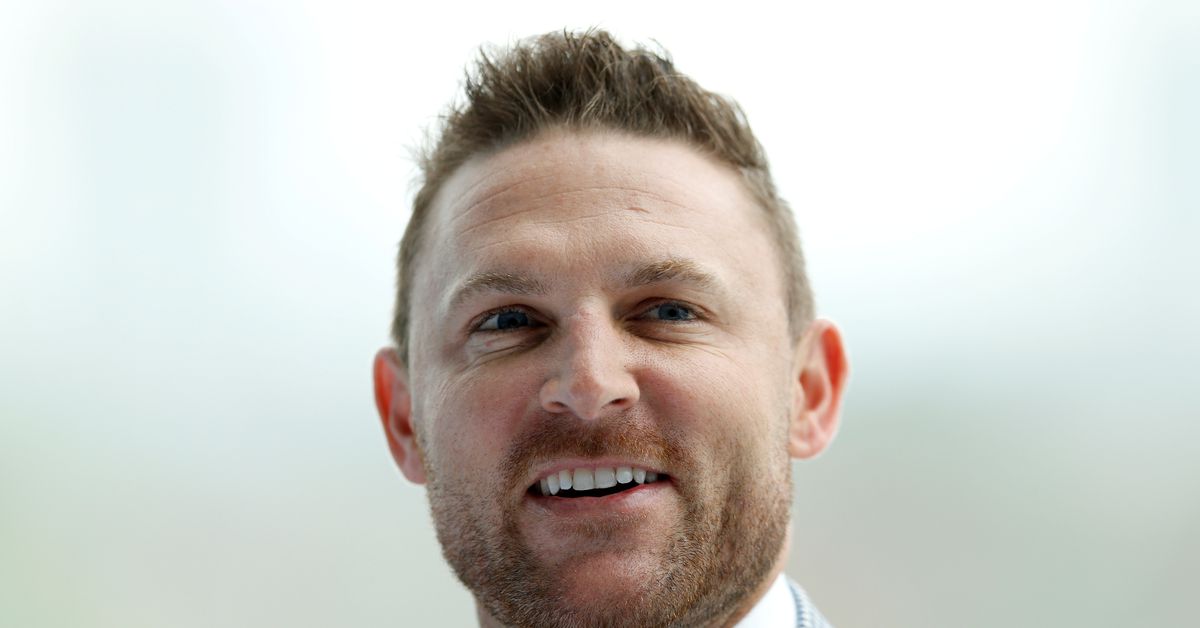 McCullum replaced Chris Silverwood who left the role in February after England were thrashed 4-0 in the Ashes in Australia, with Paul Collingwood stepping in as a caretaker coach.

McCullum, 40, is currently in charge of Indian Premier League Twenty20 side Kolkata Knight Riders but the ECB said he will be in place to start his role when New Zealand visit for a three-test series starting at Lord's on June 2.

"We are delighted to confirm Brendon as England men's test head coach. It has been a real privilege to get to know him and understand his views and vision for the game," ECB managing director Rob Key said in a statement.

"He has a recent history of changing cricket culture and environments for the better, and I believe he is the person to do that for England's red-ball cricket.

"We were incredibly fortunate to have a seriously strong list of quality candidates for the post, with Brendon demonstrating he was our number one choice."

Former South Africa and India head coach Gary Kirsten had been linked with the role and Collingwood was also considered.

McCullum played the last of his 101 tests at Christchurch in 2016 against Australia, where he hit the fastest ever century in the format (54 balls). He finished his career with 6,453 runs including 12 hundreds and 31 half-centuries.

He will be tasked with working alongside newly-appointed test captain Ben Stokes to get England out of a slump after the team won only one of their last 17 matches, with Key describing the pairing as a "formidable coach and captain partnership".

"In taking this role on, I am acutely aware of the significant challenges the team faces at present, and I strongly believe in my ability to help the team emerge as a stronger force once we've confronted them head-on," McCullum said.

"Ben Stokes is the perfect character to inspire change around him, and I look forward to working closely with him to build a successful unit around us."

Atherton said McCullum's limited coaching experience was not a concern.

"His limited coaching experience has come in the IPL... But he did play 100 tests, scored a test match triple hundred and he was very significant in test cricket in his own right," Atherton said.

"... As a captain and as a leader, he's got plenty of experience in test match cricket."

Reporting by Rohith Nair and Manasi Pathak in Bengaluru, editing by Ed Osmond