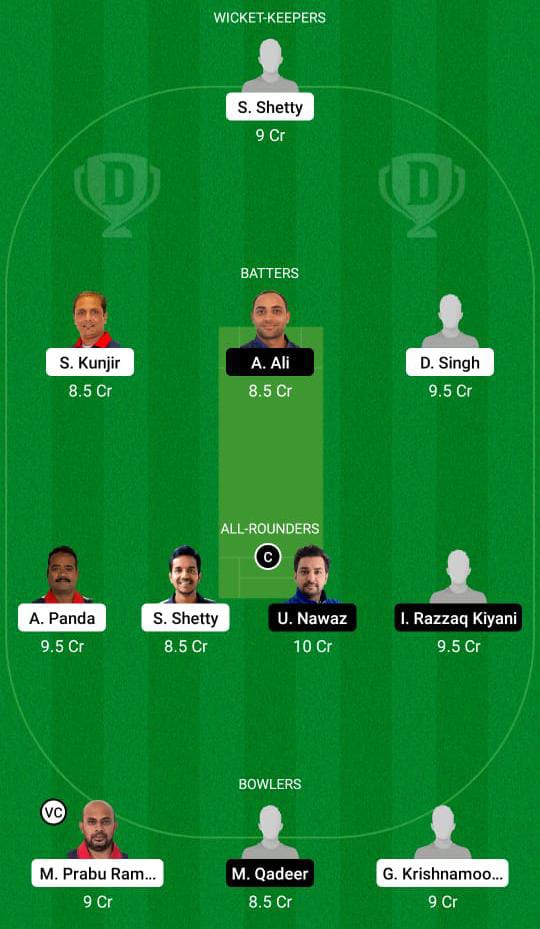 The 17th and 18th match of the FanCode ECS T10 Landskrona will see Helsingborg Stars facing off against Evergreen Cricket Club on 6th May at the Landskrona Cricket Club.

For all the Dream11 Tips and Fantasy Cricket Live Updates, follow us on Cricketaddictor Telegram Channel.

The first game is scheduled to start at 12:30 PM IST and the second match will start at 2:30 PM IST and live score and commentary can be seen on FanCode and CricketAddictor website.

This match will see the battle between the two sides of Group A of this season of the FanCode ECS T10 Landskrona.

Helsingborg Stars will be taking on Evergreen Cricket Club for consecutive times in the seventeenth and eighteenth match of this season of the FanCode ECS T10 Landskrona.

The temperature is expected to hover around 14°C on the matchday with 56% humidity and 19 km/hr wind speed. There are no chances of precipitation during the game.

The Landskrona Cricket Ground is a batting-friendly wicket and is expected to boost the batters hugely in both the innings. There is very little help on offer for the pacers early on, and the spinners will toil hard for the wickets.

The average first innings score on this wicket is 100 runs.

The team batting second doesn’t enjoy good records here. They have a winning percentage of 40 on this track.

Madhan Prabu Raman is a right-handed batsman and right-arm medium pacer from Helsingborg Stars. He has smashed 93 runs and picked up 6 wickets in this tournament so far.

Umar Nawaz is a right-handed batsman and right-arm medium pacer from Evergreen Cricket Club. He has hammered 209 runs and taken 3 wickets in this tournament so far.

Imran Razzaq Kiyani is a right-handed batsman and right-arm fast bowler from Evergreen Cricket Club. He has scored 23 runs and hunted 7 wickets in this tournament so far.

Ahmer Ali is a right-handed batsman and right-arm slow bowler from Evergreen Cricket Club. He has smacked 113 runs and grabbed 2 wickets in this tournament so far.

Umar Nawaz will be a great captaincy choice for the mini grand leagues. Saqib Latif-I and Basit Abdul are among the punt-picks here. The best-suggested fantasy/Dream11 combination for this game is 1-3-4-3.

Evergreen Cricket Club is expected to win both of these matches.