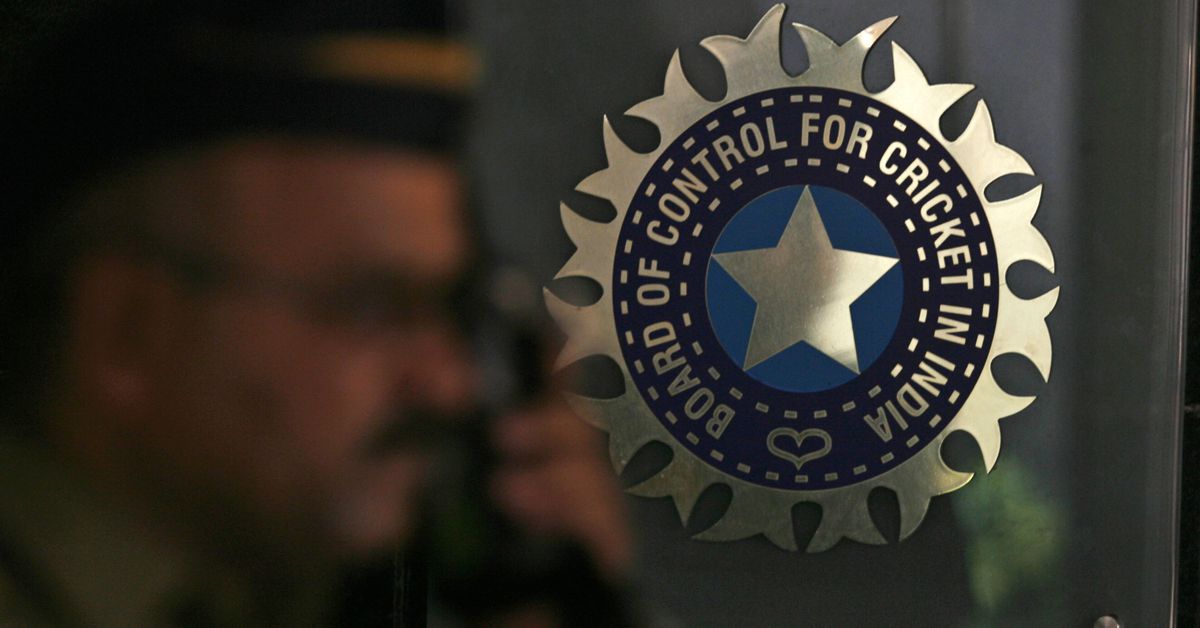 A policeman walks past a logo of the Board of Control for Cricket in India (BCCI) during a governing council meeting of the Indian Premier League (IPL) at BCCI headquarters in Mumbai April 26, 2010. Indian Premier League chief Lalit Modi has been suspended, officials said on Monday, after graft accusations in cricket's richest event ensnared top politicians and Bollywood stars and strained the ruling coalition. REUTERS/Arko Datta (INDIA - Tags: SPORT CRICKET)

As the Indian cricket board seeks to complete this year's Indian Premier League (IPL) in the United Arab Emirates, it appears to have accepted that the UAE leg may not feature several of the league's star foreign players.

The Board of Control for Cricket (BCCI) in India was staring at a $270 million loss in revenue when the IPL was suspended last month after several players and backroom staff tested positive for COVID-19. read more

Having shifted rest of the tournament in the UAE in September-October, the BCCI top brass are currently in Dubai to finalise schedule of the remaining 31 matches in consultation with their Emirati counterparts. read more

England have effectively ruled out further participation of their players when the tournament resumes but the BCCI appear unfazed.

"Our main focus is on completing this edition of the IPL," BCCI vice-president Rajeev Shukla told Khaleej Times on Monday.

"So whichever foreign players are available is fine. Whoever is not available, it is not going to stop us from hosting the tournament."

IPL chairman Brijesh Patel, currently in Dubai, did not respond to Reuters calls to elaborate.

Boards would be wary of releasing players and exposing them to possible injuries on the eve of the Twenty20 World Cup in October-November.

Cricket Australia has not considered their players' return for IPL yet.

"Once we get back together as a group that is something we'll obviously need to discuss," CA chief executive Nick Hockley said on Monday.

The Bangladesh duo of Shakib Al Hasan and Mustafizur Rahman will not be available for IPL, their cricket board has said citing the team's international schedule.

According to local media reports, the BCCI has requested Cricket West Indies (CWI) to advance the start of the Caribbean Premier League, scheduled from Aug. 28 to Sept. 19, so their players remain available for IPL.

The CWI did not reply to Reuters asking if it would oblige.

An IPL franchise official said players would be paid on a pro-rata basis if they do not return for rest of the tournament which was suspended just before the halfway stage.

It means South African Chris Morris, sold to Rajasthan Royals for a record $2.23 million, would take home around $1 million should he skip the league's UAE leg.