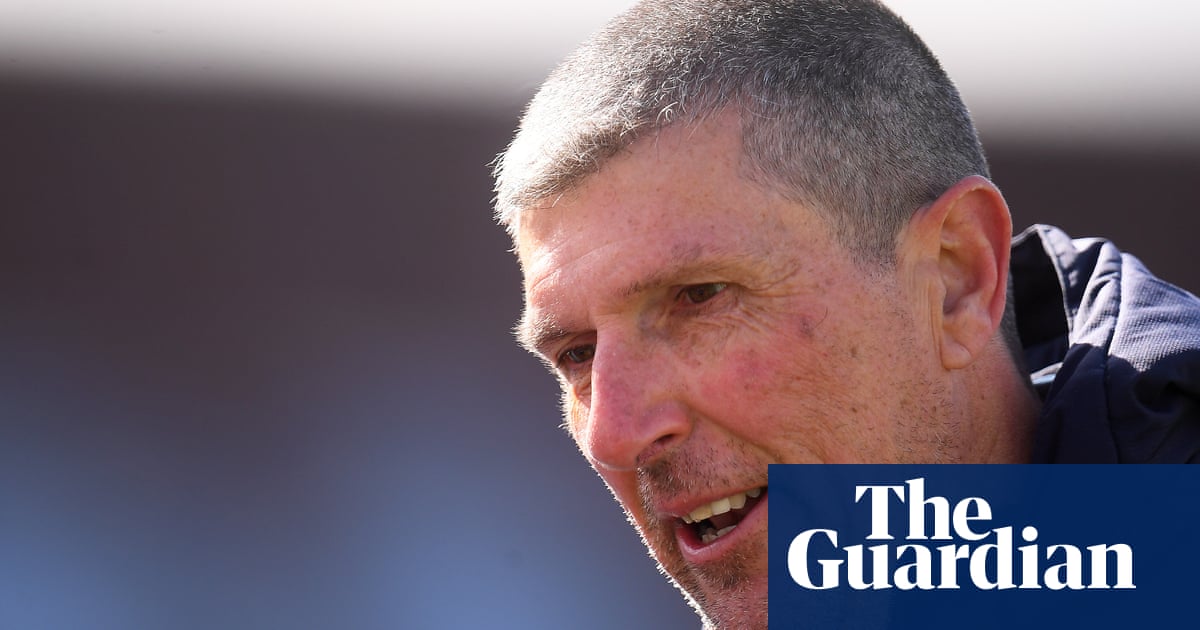 Mark Robinson, Warwickshire’s coach, has not ruled out an interest in the England job. Photograph: Harry Trump/Getty Images County Championship County Championship returns to near-normal after two years of Covid Two divisions back in place and caught law is tweaked

With the temperature gauge set to brisk, but rain largely forecast to stay away, the County Championship rolls into another season. For the first time since 2019, red-ball cricket returns to some normality, two divisions restored to their rightful place, though this time split 10 to eight.

Symptomatic testing, however, will remain, with players asked to withdraw from multi-day matches if they test positive. The ECB will also uphold a couple of the MCC rule changes due to come in in October: the (Covid-induced) ban on using saliva on the ball remains, and a tweak to the caught law, whereby a new batter will face the next ball bowled, even if the previous pair crossed while the catch was being taken. This follows a successful trial during last year’s Hundred.

Warwickshire’s bowling is somewhat hobbled: reliable seamer Liam Norwell will miss the first game with a bad back after sleeping in hospital chairs following the birth of his baby; Olly Stone is still recovering from injury, while Chris Woakes will miss the first two games after an injection in his heel.

More worrying for Warwickshire fans, the coach Mark Robinson did not rule out an interest in the England job. “I have a great job at a fantastic club,” he said, “I’m loving every minute of it – but everyone’s ambition is the top level.”

Surrey’s squad includes Hashim Amla and Kemar Roach, with the captain Rory Burns keen to prove both his ability with the bat and his side’s resilience.

Essex and Kent meet at Chelmsford for an (on paper) one-sided affair, Somerset have to face Mohammad Abbas and Kyle Abbott at the Ageas Bowl, while Northants and Gloucestershire contest the battle of the newly(ish) promoted.

All the counties must also throw themselves into the season without knowing how the cards will fall, a reorganisation being likely for 2023, depending on the findings of the High Performance Review sparked by the England Test team’s calamitous winter.