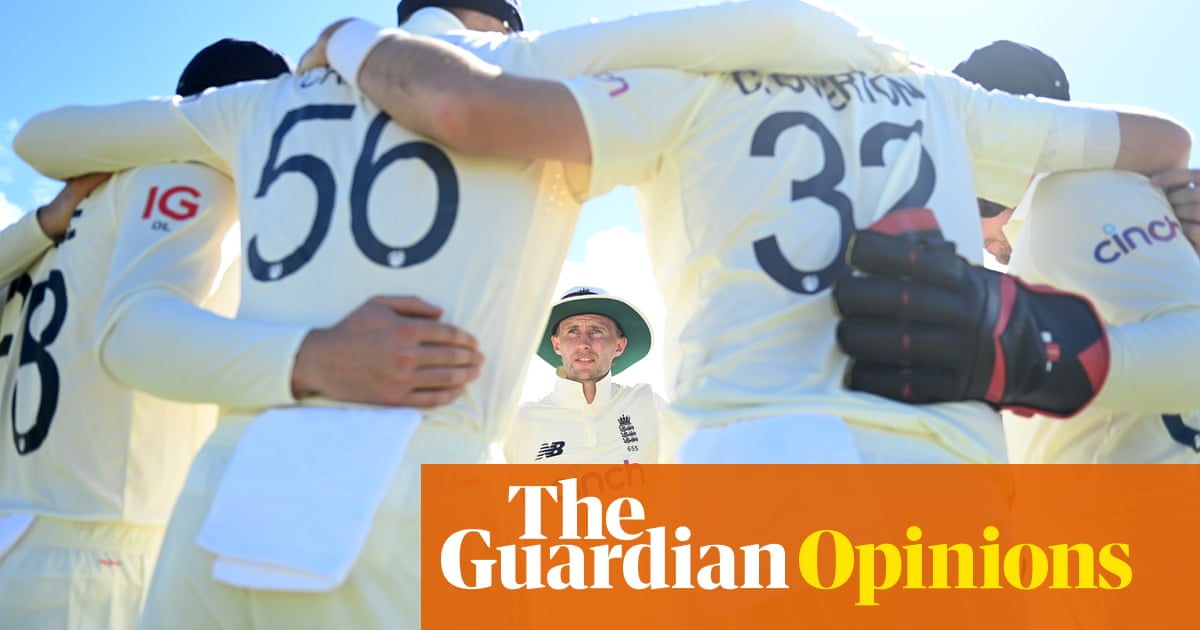 I say surprisingly because they tend to hire former England captains for their main punditry and analysis roles, so Rob was a little bit of an outlier in that sense. But he has grown into the role very well and often comes up with thought-provoking conversations.

Rob is a likable guy. His experience with Sky means he understands the media landscape and the news agenda, which is really important. However, I must say I’m surprised he has been named as managing director of England men’s cricket. It is very helpful to have colleagues with powerful voices in the media who can throw your name around, though clearly he does have some credentials.

My own view is we are at a watershed moment in English cricket. The vacuum at the top of the game is extraordinary. I can’t think of any point in my lifetime where there has been such a lack of direction or leadership. And given where we are, are we really going to look around the room full of ex-cricketers, and say: “Why don’t you have a go?” It makes me feel uncertain about the future of English cricket.

Managing director is such a prestigious role – a hugely influential one – and cricket needs someone with the right type of qualifications and experiences. John Neal, the England and Wales Cricket Board’s head of coach development, has always been very vocal on the benefits of crossing over from different sports and what a fresh pair of eyes could bring. I would question whether the ECB cast the net wide enough at such a pivotal moment for the men’s Test team, especially in the light of Joe Root’s resignation.

Candidates have to have some experience of the role. It is all very well to have some interesting ideas, but you need to be able to back them up with evidence and work with people at all levels, from the ECB board to the county chairmen to the coaches and right through the structures and pathways in a systematic and methodical way.

There has always been an element of jobs for the boys in cricket and society – you only have to look at the government to see that – but I do think we should have been looking outside the box; people like Rob Andrew at Sussex, or Clive Woodward, and from within cricket Mo Bobat, who has been carrying out the MD duties, and Paul Farbrace, or Vikram Solanki, who has a law degree and moved from Surrey to be a director of cricket in the Indian Premier League. Normally Andrew Strauss isn’t afraid to make strong decisions and he searched far and wide to bring in Trevor Bayliss.

I was reading about Root and conjecture over who will take over as Test captain. It was said Alastair Cook had done very little captaincy with Essex before he took over the England job and that was similar with Joe, so captaincy experience would be ideal in the next candidate. Surely the same applies to the MD role, especially as we currently have no head coach or captain. The MD needs to be someone who walks into a room and makes people sit up and take notice.

Root’s captaincy divided people into two camps. You can look at his record and say he led England the most times, with 27 wins, for five years and say he’s done very well. When I was involved in the England camp, I witnessed at first-hand his work ethic as a batsman and he was a great role model for the team, much like Graham Gooch was for me.

I remember being in a meeting of ECB coaches once and there was a comment made that all the best players have something slightly unbalanced about their personality and their drive and hunger for success. Andy Flower turned round and said: “Well, what about Joe Root?” And that’s true, he’s so unusual to be so well balanced. Joe could mix with every group in the dressing room: the young players, the senior players; he could have dinner with Moeen Ali and Adil Rashid or with Ben Stokes and Jos Buttler. He is such a likable, popular guy with a great sense of humour. And that is an amazing attribute to have as a captain.

Those with a glass half-empty would say that perhaps his captaincy was a little behind the game, a bit reactive, that there were situations where he didn’t take the game by the scruff of the neck. In terms of strategy, he could take things quite literally. England went through a period of being gung-ho and then, when Chris Silverwood came in, this switched to batting long and trying to make 500 in the first innings. But it is hard to be so prescriptive with different pitches and bowlers. At times it felt he was searching for an identity.

We’re very harsh with our captains though – all Test captains make mistakes. Lots of the best ones have some very, very good bowlers on their teams. I think Joe can hold his head up high, he gave it absolutely everything. His attributes outweighed the things he didn’t have and he conducted himself brilliantly during a difficult last 12 months, under intense fire when results went against him. Sometimes you don’t realise what you’ve got until you lose it.