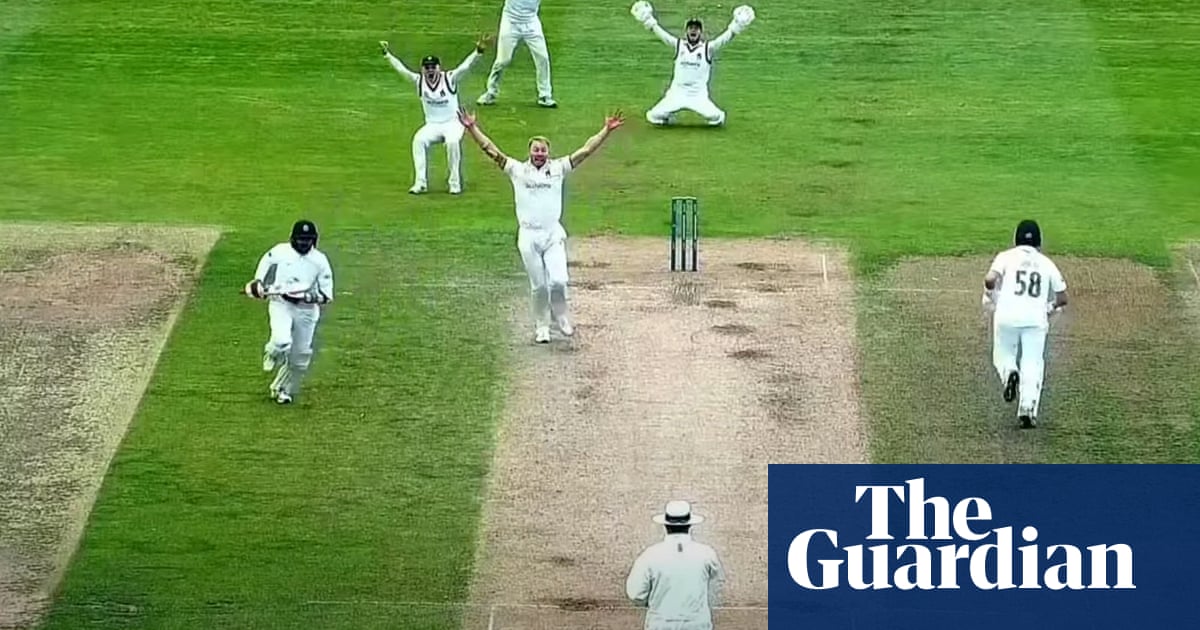 Ball one: Norwell does well

It was a match the home side knew they needed to win. They also knew that they needed help from elsewhere and also that, with a re-organisation on the cards for 2024, a place in Division One next year was even more valuable than it would be in a normal season (if such a thing exists). No pressure in soft county cricket? For the birds.

With weather taking time out of the game, Will Rhodes (who knows how to win cricket matches – the pennant was still in his possession after all) took a bold decision late on day two and declared at 272 for four. He knew it was win or bust, so he needed his bowlers to have a break between Hampshire’s innings and he also wanted to get on with the job of taking 20 wickets. He refused the chance to add another 128 or so before lunch on day three – good on him!

Everyone knew that if Warwickshire were to defend a target of 139, the experienced pair of Ollie Hannon-Dalby and Norwell would have to do it. They delivered 37 of the second innings’ 44 overs, Hannon-Dalby building pressure at one end while Norwell attacked the stumps at the other. Hampshire, motivated by the £145,000 difference in prize money between second and third places as well as professional pride, had plenty to play for but couldn’t resist the onslaught. Norwell earned career-best figures of nine for 62, top flight cricket next year and a free pint in every bar in Birmingham for life.

The truth is Yorkshire should not have lost their match to bottom-placed Gloucestershire in a low-scoring thriller at Headingley. They let the visitors slither from 128 for seven up to 190 all out on day one, then were just 69 runs in arrears with seven wickets in hand – but still conceded a first-innings deficit. They might have been looking at a fourth-innings chase of 140 or so when they had half of Graeme van Buuren’s men back in the hutch for 74, but they allowed Oliver Price and Jack Taylor to get away and had 101 more runs than that to save themselves off their own bats.

They were halfway there, five down, but Adam Lyth fell to the spin of Zafar Gohar and Dom Bess couldn’t find the partner he needed in marshalling the tail. So it proved a bittersweet moment for stalwart seamer Steve Patterson, last man out, his team 20 runs short, as he accepted warm applause from supporters and players of both sides. but knew that the trap door’s latch was (fatally as it transpired) still open.

Two 21-year-olds will take something away for the winter. Lewis Goldsworthy came within six runs of a second century of the season for Somerset and can look to fill the spot vacated by James Hildreth permanently. Afghan-born Hamidullah Qadri’s 87 from No 8 for Kent showed the potential with the bat that can supplement his off-breaks and keep him in a Division One XI next year.

Not so long ago, it looked like we might have a winner-takes-all shootout on our hands as Surrey travelled to Old Trafford in the last round of matches. But it wasn’t to be and who can blame the champions if they lost their hitherto season-long unbeaten record, demonstrating that you can’t really play this game in your flip-flops (OK, probably unfair, but a nice line).

Not that Lancashire will see it that way. If there is a side in front of you that needs putting away, then that’s what you do. As they have done all season, Keaton Jennings and Steven Croft scored runs and George Balderson fell just three short of the first of what will be many first-class centuries for the club.

Dane Vilas turned to his pacers initially and they took the first six wickets to fall, but Lancashire’s spinners are in the team not to hold an end while the seamers rest but to dismiss batters. Matt Parkinson and Tom Hartley took 12 of the 14 wickets the home side needed for the win, as Surrey followed on and lost by an innings and 130.

Middlesex nailed it down before the weather intervened, maxing out the bonus points by bowling Worcestershire out for 225 in the 83rd over and then crossing 400 themselves before the 110th. Two strong contenders for this column’s five county cricketers of the year (watch this space) were at the forefront of the effort, four wickets and a 50 for Toby Roland-Jones and 92 and two catches for John Simpson.

News from Worcester reached Hove, where Glamorgan had done their bit in securing a first-innings lead of 275 but, with third now the best they could hope for, the wind went out of the visitors’ sails and it seemed rather cruel for Ali Orr and Tom Haines to plunder 328 for the first wicket en route to Sussex’s 554 for eight following-on, Danial Ibrahim also bagging a maiden ton.

Ball six: Smiles Of A Summer Night – past, present and future

This is the last ball of the last over of what might be the longest domestic season ever (I marked out my run on 11 April), yet it also feels like it was the shortest, such was its stop-start nature. Next season may look broadly similar but, after that, who knows?

I’ll be 60 by the time we’re next checking to see if anyone has made 1,000 runs in May and I’ve always pooh-poohed the doomsayers when it comes to cricket as it has been played through my lifetime. And in some ways, I’m still right. We’ve never had more county cricket available to watch or listen to and it’s never (well, almost never) been played at more grounds. There’s a few faces beginning to emerge that don’t fit into the ‘white middle class from a private school’ county cricketer cookie cutter and, at the Royal London Cup Final, while we bid farewell to Darren Stevens we said hello to Joey Evison. Shan Masood will captain Yorkshire next season. Good signs.