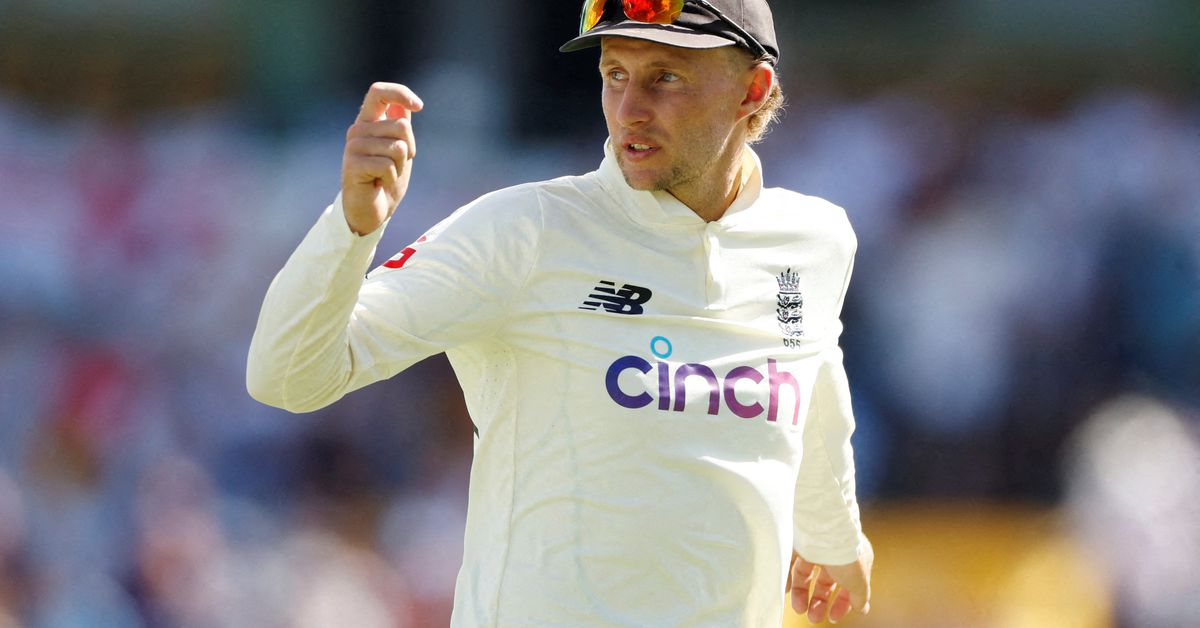 LONDON, April 15 (Reuters) - Joe Root stepped down as England test captain on Friday, saying the job had taken a heavy toll on him recently, after dispiriting tours of Australia and the Caribbean capped a string of poor results.

England have won just one of their previous 17 tests and the pressure had been mounting on Root even before their 1-0 series defeat by the West Indies last month, which came on the heels of a 4-0 Ashes series thrashing by Australia.

Ex-England captains Michael Atherton and Nasser Hussain were among those who had said it was time for Root to step down. read more

"After returning from the Caribbean tour and having time to reflect, I have decided to step down as England men's test captain," Root said in a statement issued by the England board (ECB).

"It has been the most challenging decision I have had to make in my career but having discussed this with my family and those closest to me; I know the timing is right."

Since taking charge in 2017 as Alastair Cook's successor, Root led England in a record 64 tests. His 27 wins and 26 defeats as captain are also records.

"I am immensely proud to have captained my country and will look back on the past five years with enormous pride," Root added.

"I have loved leading my country, but recently it's hit home how much of a toll it has taken on me and the impact it has had on me away from the game."

Root, who said in late March he wanted to continue as captain, is England's second-highest test run-scorer of all time behind Cook and his tally of 5,295 runs as skipper is the highest by an England captain.

All-rounder Ben Stokes, who was Root's deputy, has been tipped as a favourite to become the next captain, while bookmakers have made bowler Stuart Broad the second favourite.

"I look forward to helping the next captain, my team mates and coaches in whatever way I can," Root added.

Atherton said he was not surprised by Root's decision to step down and that Stokes was the "obvious" replacement.

"It had got to a stage at the end of the Ashes, even before the West Indies tour, where it was pretty clear change was needed," Atherton told Sky Sports.

"There comes a moment in every England captain's life where you realise you've given it all and you can't do any more," he added.

"Ben Stokes is very loyal to Joe and he will feel a lot easier about taking the job if offered given that Root stepped down of his own accord."

The ECB are also in the process of appointing a new managing director and men's head coach following the departures of Ashley Giles and Chris Silverwood after the Ashes.

"I know that every single person who has played or worked under Joe’s captaincy will speak of his integrity and humility as a person, as much as his determination and example as a leader," Harrison said.