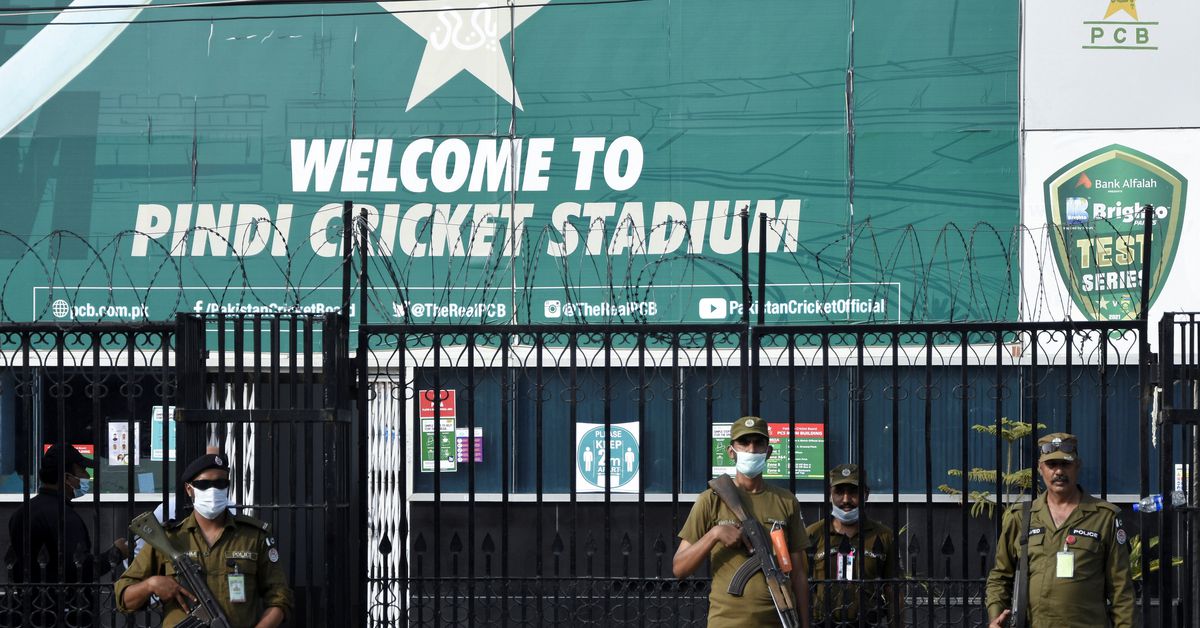 WELLINGTON, Sept 19 (Reuters) - New Zealand was warned of a "specific, credible threat" against its team, the country's cricket board said on Sunday, elaborating on the rationale for abruptly abandoning the tour of Pakistan as the squad reached Dubai.

New Zealand had pulled out of the limited-overs tour on the day of the opening fixture in Rawalpindi on Friday citing a New Zealand government security alert. read more

"What I can say is that we were advised this was a specific and credible threat against the team," New Zealand Cricket (NZC) chief executive David White said in a statement.

"Everything changed on Friday. The advice changed, the threat level changed and, as a consequence, we took the only responsible course of action possible.

"Unfortunately, given the advice we'd received, there was no way we could stay in the country."

New Zealand had been visiting Pakistan for the first time in 18 years and also had been due to play five Twenty20 matches in Lahore.

Top teams have largely shunned Pakistan following an attack by Islamist militants on the Sri Lanka team bus in Lahore in 2009 that killed six policemen and two civilians.

The players left Islamabad by a chartered flight on Saturday and reached Dubai where the 34-strong contingent are undergoing 24-hour period of self-isolation, the NZC said in a statement.

Twenty four of them will return home next week, while the rest would join New Zealand's Twenty20 World Cup squad for the showpiece tournament scheduled in the United Arab Emirates and Oman from Oct. 17.

While the general tenor of the threat was immediately shared with the PCB, White said specific details could not, and will not, be disclosed.

Stung by the withdrawal and kept in dark about the exact nature of the threat, the Pakistan Cricket Board (PCB) has mailed NZC conveying its frustration, and is to take up the matter with the governing International Cricket Council.

"It sets a very very dangerous precedent when countries are unilaterally making decisions that potentially could have long-term consequences for countries," PCB chief executive Wasim Khan told a virtual news conference on Sunday.

Khan ruled out the prospect of Pakistan refusing to play New Zealand in this year's Twenty20 World Cup.

"We've had a good relationship with New Zealand in the past. Has it created potential tensions right now? I say absolutely.

"The way it was done I think was disrespectful in many ways," Khan added.

New Zealand Prime Minister Jacinda Ardern said NZC "made the right decision" to pull out of the tour.

"You will understand why we are not in a position to give further information as to the nature of the intelligence, other than to say, it was a direct threat, and it was a credible threat," she told reporters on Sunday.

White also addressed a report on news website www.stuff.co.nz that said a member of the team had received death threats before embarking on the tour of Pakistan. He said the email threats were "forwarded to our security provider", and "were proved to be hoax and not credible".