Cricket: Stokes will be given as long as he needs, says England captain Root - Reuters - 3 minutes read 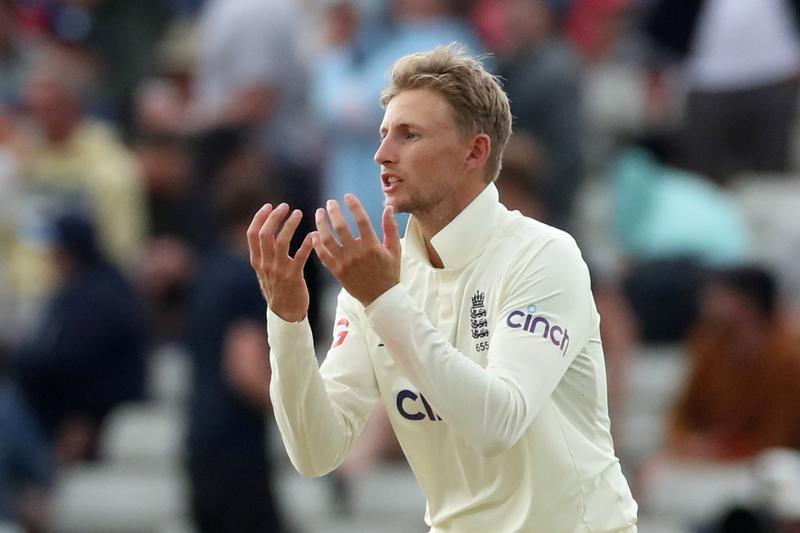 (Reuters) - England captain Joe Root said Ben Stokes has the full support of his England team mates and should take all the time he wants after the all-rounder took an indefinite break from cricket last week to focus on his mental health.
FILE PHOTO: Cricket - Second Test - England v New Zealand - Edgbaston Stadium, Birmingham, Britain - June 11, 2021 England's Joe Root reacts Action Images via Reuters/Peter Cziborra/File Photo
Stokes, 29, withdrew from England’s test squad and will miss the five-match series against India, which begins on Wednesday.
“Ben has always put other people first, and now is an opportunity for him to put himself first... Cricket should be a secondary thought right now,” Root told reporters on Monday.
“He has my full support... He should take as much time as he wants. For me, it’s hard to see a friend like that. I’m just desperate for him to be okay, and I’ll be there for him as much as I can be.”
Root added that while Stokes was a player like no other in world cricket and the heartbeat of this English side, his absence provides an opportunity for others to step up.
“In the past, the likes of Sam Curran and Chris Woakes have managed to come in... Both had a great series against India (at home) last time. We have managed without Ben before and, hopefully, we can do that again.”
India were already without Shubman Gill, Washington Sundar and Avesh Khan for the series after the trio returned home with injuries before opener Mayank Agarwal was ruled out of the first test after being hit on the helmet during practice on Monday.
The 30-year-old showed signs of concussion, India’s cricket board (BCCI) said, and will remain under close observation.
Vice captain Ajinkya Rahane, meanwhile, declared himself available after initially being a doubt for the opening game due to a hamstring injury.
“I had a small niggle but I’m fully fit now. Even though I didn’t play the warm-up game, preparation has been really good for me,” he said.
Rahane highlighted the need for having proper batting plans in place for a challenging environment like England, especially after the debacle of the World Test Championship final against New Zealand in June.
“We sat together and discussed our plans. As a group, communication will be key... but individually everyone should back their own methods in England,” he said.
The first test between England and India starts on Aug. 4 at Trent Bridge.
Reporting by Dhruv Munjal in Bengaluru; Editing by Christian Radnedge