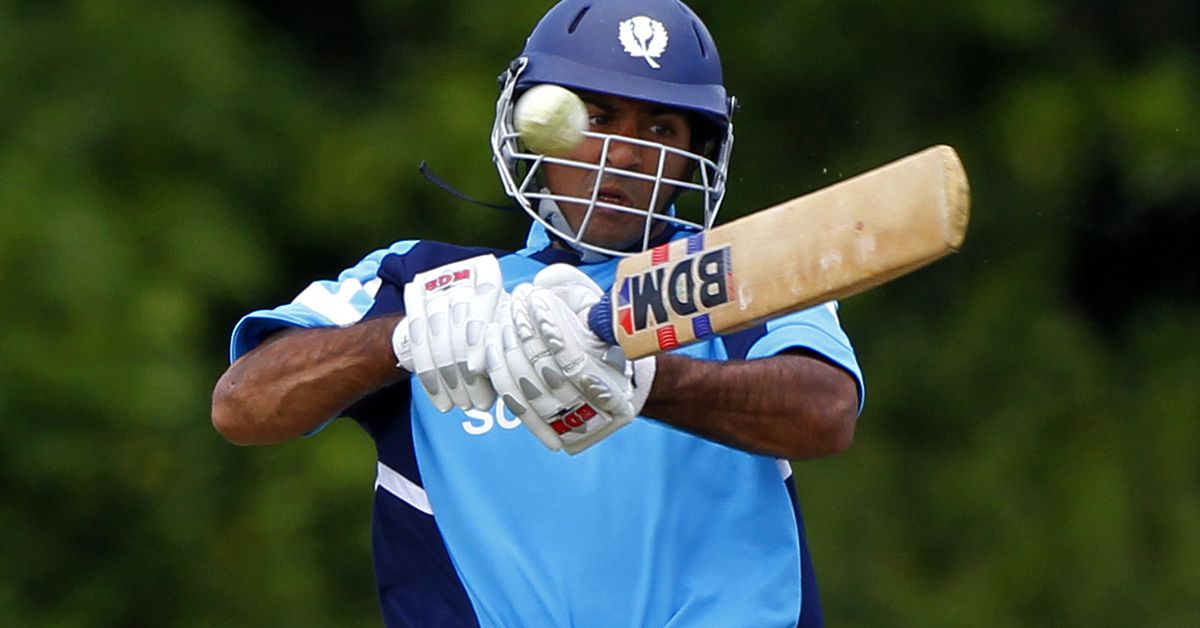 Scotland's Majid Haq plays a shot close to his head during their one day international cricket match against England in Edinburgh, Scotland June 19, 2010. REUTERS/David Moir

July 25 (Reuters) - The governance and leadership practices of Cricket Scotland have been found to be "institutionally racist", the organisation leading the independent review of the governing body said on Monday.

The study confirmed there were 448 examples that demonstrated institutional racism, with 62% of survey respondents saying they had experienced, seen or had reported to them incidents of racism, inequalities or discrimination.

Plan4Sport, commissioned by SportScotland, was tasked with leading the review in December last year and over the course of the last few months the body engaged with over 1,000 people at all levels of Scottish cricket.

"Our view is clear: the governance and leadership practices of Cricket Scotland have been institutionally racist," Louise Tideswell, managing director of Plan4Sport, said in a statement.

"Over the review period we have seen the bravery of so many people coming forward to share their stories which had clearly impacted on their lives.

"The reality is that the leadership of the organisation failed to see the problems and, in failing to do so, enabled a culture of racially aggravated micro-aggressions to develop.

"It didn't address the lack of diversity at board and staff level and missed the need to develop transparent reporting, investigation and case management processes to address incidents of racism and discrimination."

The board of Cricket Scotland had apologised and resigned on Sunday, a day before the report was published, citing that the resolution of issues and overhaul required was "unachievable" within the proposed timescale. read more

The review was commissioned after allegations were made by one of the country's all-time leading wicket-takers, Majid Haq, who said Cricket Scotland was "institutionally racist".

Haq's former team mate Qasim Sheikh also spoke out about abuse he had suffered, with both players saying they were treated differently due to the colour of their skin.

The allegations came after Azeem Rafiq told a British parliamentary committee in November about the discrimination he faced while at Yorkshire, with the spinner also saying the sport in England was "institutionally racist". read more

"These are no longer allegations of racism but a total vindication of Majid Haq, Qasim Sheikh and all those who bravely came forward to give evidence," said Aamer Anwar, the lawyer representing the two players.

"They welcome the findings and recommendations and grateful to those at Plan4Sport for such a comprehensive and robust investigation, it was indeed the first time they were treated with compassion."

Anwar added that the board's resignation was welcome but resigning before the publication of the report meant there was nobody to answer for their failures.

The review's other findings included a lack of Equality, Diversity and Inclusion (EDI) or anti-racist training for board, staff, volunteers, players, coaches or umpires as well as no mechanism in place for handling racist incidents.

They added that those who raised issues were "sidelined and ignored".

One of the recommendations said Cricket Scotland must be placed in "special measures" by SportScotland until at least October 2023 and new board members be appointed no later than Sept. 30 this year.

"The diversity of board members should be a minimum of 40% men and 40% women, ensuring that a minimum of 25% of the total board makeup come from of Black, South-East Asian, or other mixed or multiple ethnic groups," it added.

Another recommendation said all investigations resulting from referrals, of which there is a backlog, must be "expedited by a third party with the appropriate expertise".

Cricket Scotland interim CEO Gordon Arthur issued a "heartfelt apology" to all victims of racism and discrimination, saying the report was a watershed moment for the game in Scotland.

"We recognise the impact this will have had on individuals and their families. We hope the report provides them with some reassurance that their voices have been heard, and we are sorry this did not happen sooner," Arthur said.

"It's clear that significant cultural change must happen and it must happen quickly. The immediate priority must be to get the independent referral process agreed and implemented so the investigations into the referrals can start."

Stewart Harris, the chief executive of SportScotland, said some of the findings in the report are "deeply concerning and in some cases shocking", describing it as a wake-up call for Scottish sport.

"As the national agency for sport, we will work with and support Cricket Scotland to help change the culture of Scottish cricket and that must now be the focus," Harris said.

"There has been some progress in recent months but we need to see more steps being taken to address the issues raised and importantly that includes the referrals."

Reporting by Rohith Nair in Bengaluru; Editing by Christian Radnedge