For These Tennis Pros, (Basket)ball Is Life - 3 minutes read 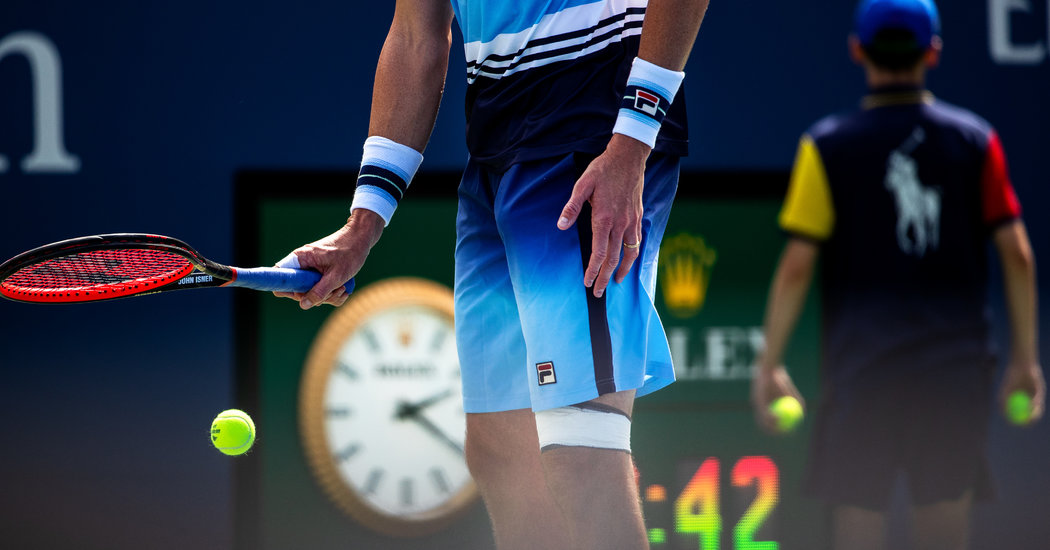 For These Tennis Pros, (Basket)ball Is Life

“I actually don’t know why more players don’t do it. It’s just a good way to start the routine.”

It hasn’t been seen often from Roger Federer in recent years, but the 20-time Grand Slam champion has been known to sprinkle in a few dribbles along the baseline before serves. The recently retired Marcos Baghdatis, who reached the Australian Open men’s final in 2006, used the move heavily. Ditto for the former pro Paul Goldstein, who rose as high as No. 58 in the world in 2006.

“The first player I ever saw bounce the ball through his legs — at a young age and he became a superstar — was Boris Becker,” said the ESPN analyst Brad Gilbert, who played on the men’s tour from 1982 through 1995, rising to No. 4 in the world.

Yet it is not a widespread habit among current pros. The 28th-seeded Nick Kyrgios, a basketball aficionado, went the Isner route before several serves in his first-round victory over Steve Johnson, but Canada’s Denis Shapovalov and the American veteran Lauren Davis are the most well-known practitioners besides Isner.

The 5-foot-2 Davis frequently incorporates two such dribbles before serves — double Isner’s norm. But Davis called an audible to close out her comfortable first-round victory Monday over Sweden’s Johanna Larsson, slowing her routine down and using just one basketball bounce before serving an ace out wide.

“I actually used to play basketball, believe it or not, in eighth grade,” said Davis, who played No. 2 Ashleigh Barty on Wednesday night. “I honestly think that’s part of the reason why I do it. Now it’s a habit and I don’t even realize that I’m doing it. But why stop?”

Isner, seeded 14th at the U.S. Open, has finished six of the past seven years as the top-rated American man in tennis, but there are times he still plays the what-if game and asks himself what he could have achieved on the hardwood rather than a hardcourt.