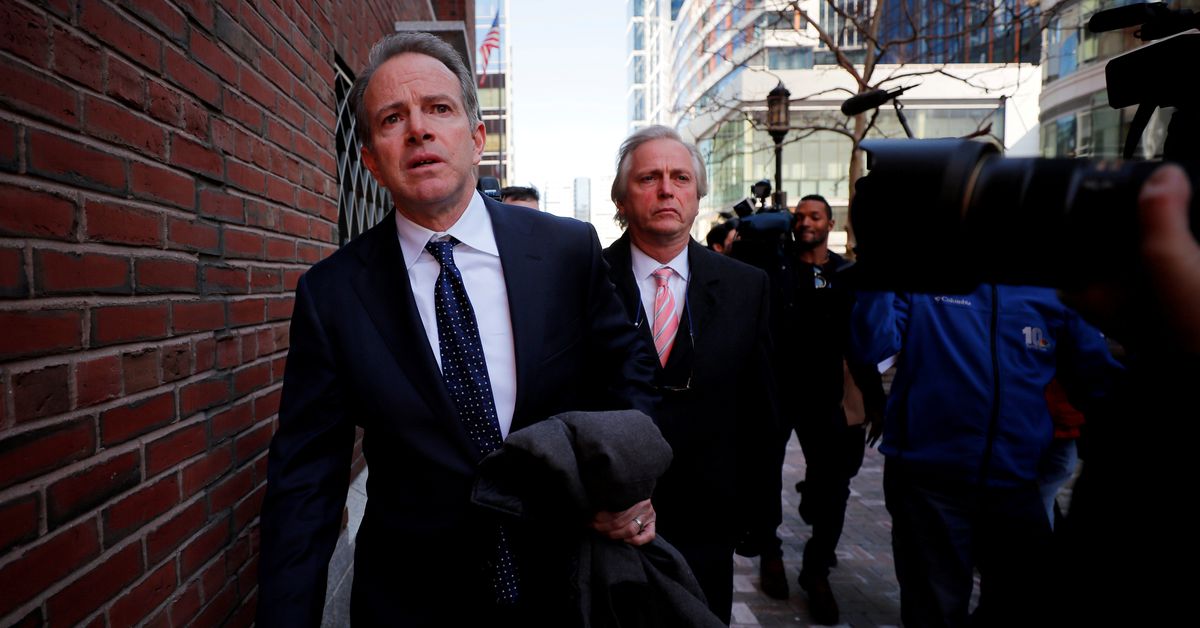 BOSTON, Sept 15 (Reuters) - Georgetown University's former head tennis coach has agreed to plead guilty to charges arising from the U.S. college admissions scandal and admit he accepted bribes to help the children of wealthy parents get into the school as fake athletic recruits.

The plea deal with Gordon Ernst announced by federal prosecutors in Boston on Wednesday came in the midst of the first trial to result from the "Operation Varsity Blues" investigation into the nationwide college admissions bribery and fraud scheme. read more

Ernst was slated to face trial in November with three former athletics officials at two other universities.

He instead will plead guilty to charges including that he committed federal programs bribery. Prosecutors will recommend Ernst serve up no more than four years in prison, and he agreed to forfeit nearly $3.44 million he earned from the scheme.

Ernst is one of 57 people charged over a scheme in which wealthy parents conspired with California college admissions consultant William "Rick" Singer to fraudulently secure college placement for their children.

Singer pleaded guilty in 2019 to facilitating cheating on college entrance exams and using bribery to secure the admission of students to universities as fake athletic recruits.

Prosecutors allege they paid to fraudulently secure spots for their children at schools including the University of Southern California as fake athletic recruits. They deny wrongdoing.

Reporting by Nate Raymond in Boston Editing by Bill Berkrot