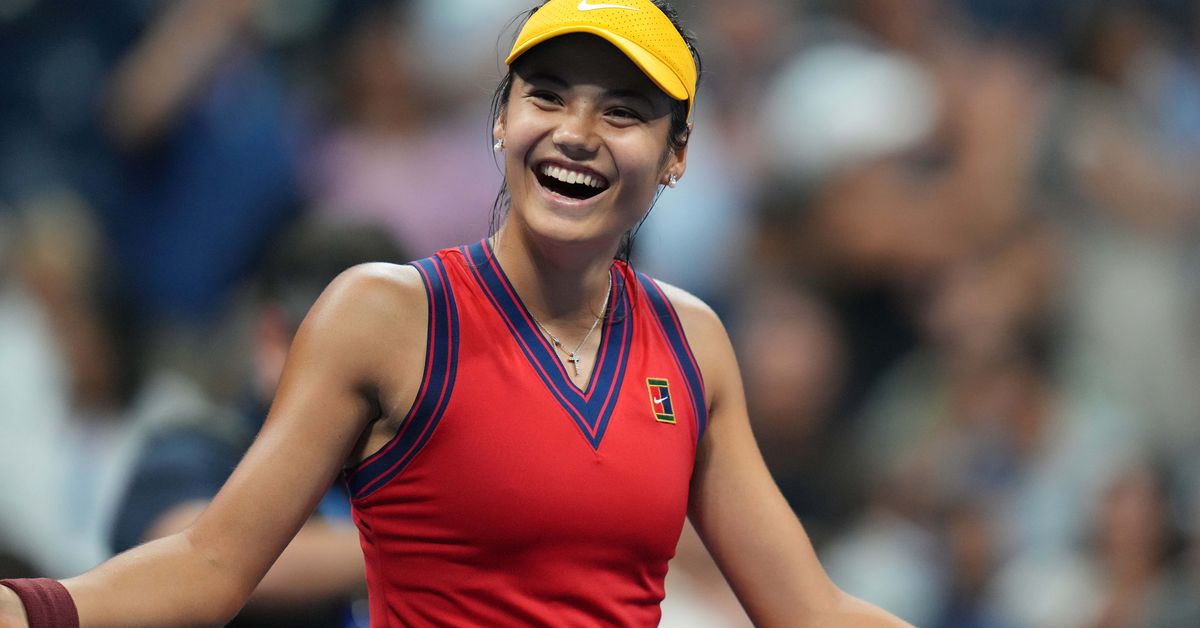 Sept 10 (Reuters) - There have been a few false dawns for British women’s tennis since Virginia Wade was famously serenaded by the Centre Court crowd after winning Wimbledon 44 years ago.

Since the 31-year-old Wade beat Dutch player Betty Stove no British woman had reached a Grand Slam final until Thursday when 18-year-old Emma Raducanu's mind-boggling run took her to the U.S. Open showpiece as a qualifier in her fourth Tour event.

A few weeks after Wade won the third of her major titles, British Airways launched its daily Concorde flights to whisk passengers across the Atlantic in time for lunch on Broadway.

Raducanu’s career trajectory has been no less supersonic.

Three months ago, when the Canadian-born daughter of Romanian-Chinese parents was handed a wildcard for Wimbledon, few British sports fans had even heard of her.

That all changed as the world number 338 beat former French Open runner-up Marketa Vondrousova in the third round at the All England Club, eventually retiring in the fourth round against experienced Australian Ajla Tomljanovic. read more

While some lauded the A-level student as the golden ticket for British tennis, there was also the inevitable cynicism that she might just turn out to be a flash in the pan – another gallant British loser enjoying a brief moment in the limelight.

What has happened since suggests Britain, now Andy Murray’s career is approaching the end, has a new torch carrier.

The way Raducanu scythed through qualifying and then the main draw, with the New York crowds transfixed in the process, points to a new superstar being born in women’s tennis.

Since Wade’s triumph in the summer of 1977, only Jo Durie at the 1983 French and U.S. Opens and, more recently, Johanna Konta at the 2016 Australian Open, 2017 Wimbledon and 2019 French Open, have reached semi-finals in the majors.

For most of the intervening years British women players in Grand Slam main draws, other than the plethora of wildcards at Wimbledon, have been a rarity.

Laura Robson was tipped for greatness when she won the 2008 Wimbledon junior title, aged 14, and reached the U.S. Open fourth round at 18. But in a cautionary tale for those making lofty predictions of world dominance for Raducanu, Robson’s career was wrecked by a series of injuries.

For now, whatever happens to the Briton in Saturday’s showdown against fellow precocious teenager Leylah Fernandez of Canada on Arthur Ashe arena, the only way is up.

It is not just the fact that Raducanu is the first qualifier to reach the women’s U.S. Open final. It is that the teenager has won 18 consecutive sets and only been taken to 7-5 once.

She has outclassed a succession of experienced opponents, such as Olympic champion Belinda Bencic and Maria Sakkari, with fearless shot-making and an ability to think on her feet like a seasoned professional, not a girl who sat her A-levels in June.

With a joyous demeanour that has had New Yorkers eating out of her hand, it is no wonder Raducanu is being described as the complete package.

“When you see that kind of talent, that won’t be denied,” said 18-time Grand Slam singles champion Martina Navratilova, who has been transfixed by Raducanu’s progress. “She is almost like the finished product, when she is just getting started.”

A final between Raducanu and Fernandez, who herself only made her Grand Slam debut at last year’s Australian Open, is a dream scenario for the WTA who also have American teenager Coco Gauff in a young brigade destined to create new rivalries.

There will be tough challenges ahead for Raducanu, whose profile will go into the stratosphere, but for now the teenager with the captivating smile is riding a wave of euphoria.

Reporting by Martyn Herman in London; Editing by Ken Ferris