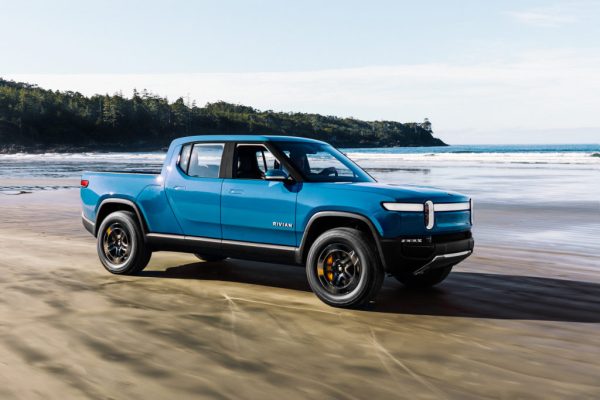 Rivian adds $1.3 billion in funding for its electric utility and adventure vehicles – TechCrunch

American automotive technology startup Rivian has raised $1.3 billion in new funding, the company announced today. The new investment is the fourth round of capital announced by the company in 2019 alone, following prior announcements of $700 million led by Amazon, $500 million from Ford (which includes a collaboration on electric vehicle technology) and $350 million from Cox Automotive.

That’s a lot of money, but Rivian’s not your typical startup, since it’s aiming to bring fully electric vehicles to market, including the R1T pickup truck and the R1S sport utility vehicle. Both of those are consumer cars, which the company aims to bring to market starting at the end of next year – and Rivian is also working with Amazon on all-electric delivery vans, of which the commerce giant has ordered 100,000 with a target of starting deliveries of the first of those in 2021.

Rivian’s new monster round includes participation from Amazon and Ford Motor Company, along with funds advised by T. Rowe Price Associates and BlackRock, the company said in a release. It’s not adding any new board seats attached to this funding, and it’s not sharing any further details on the specific funds involved in the investment at this time.

The company, founded in 2009, has R&D facilities in a number of cities globally, and also has a 2.6-million square-foot manufacturing facility in Normal, Illinois. It debuted its pickup and SUV at the LA Auto Show last November, and the the vehicles will launch with higher-end trim levels first, including up to 410 miles of range on a single charge. Base prices for the R1T pickup start at $69,000 before any tax credits are applied, while the R1S SUV starts at $72,500, and Rivian has been taking pre-order reservations available with a $1,000 deposit.

For a company that in many ways has seemed to appear out of nowhere, Rivian’s capitalization and partnerships make it one of the better existing contenders to take on Tesla, especially in the truck and SUV categories, where Tesla has less presence with only the high-end Model X actually available to purchase so far.