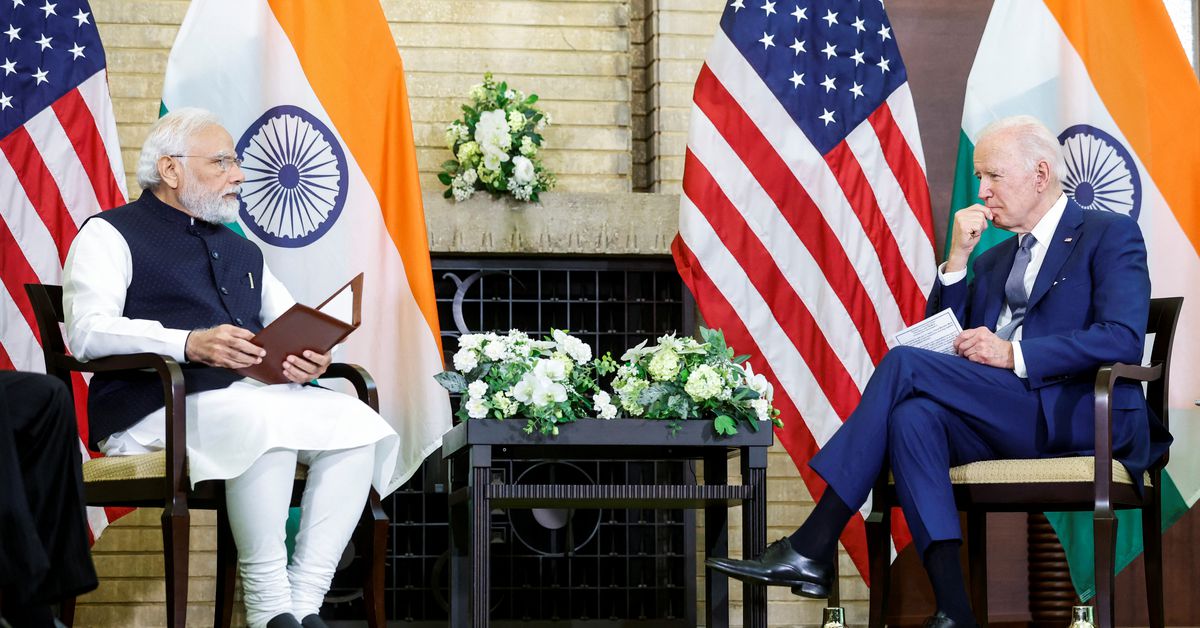 The leaders were in Tokyo for a meeting of the Quad group of countries - the United States, India, Japan and Australia. Of the four, only India has not condemned Russia's invasion despite pressure from the United States for it to do so.

"Concluded with substantive outcomes adding depth and momentum to the bilateral partnership."

Biden told Modi he was committed to make the U.S.-India partnership "among the closest we have on earth".

The White House said in a statement that Biden, in the meeting with Modi, had condemned Russia's invasion of Ukraine but there was no mention of Modi doing so. Modi had agreed on humanitarian help for Ukraine, it said.

In a news conference in Tokyo, India's foreign secretary said the leaders of the other Quad countries understood its position on Ukraine in calling for an end to hostilities and resolving issues through dialogue.

"There was a general and good appreciation of the position that India has taken with regard to Ukraine," Vinay Mohan Kwatra said.

Russia has been India's biggest arms supplier for decades and India is wary of seeing Russia pushed even closer to China, with which India has serious border disagreements.

The United States has in recent months offered to sell more defence equipment and oil to India to pry it away from Russia. India has also joined a U.S.-led trade partnership that Biden launched this week, called the Indo-Pacific Economic Framework for Prosperity. read more

The White House said India would be joining the U.S.-backed Combined Military Forces-Bahrain as an associate member. The maritime partnership has 34 members from around the world but does not include China.

Fashion Industry Remote (US) • Full-time about 1 month ago